The White Temple at Chiang Rai, known as Wat Rong Khun to Thailand’s locals, was in severe disrepair in the late 1990s due to a lack of funds.

Since the Thai government could not afford to renovate the White Temple, a world-renowned artist from Chiang Rai, Charlemchai Kositpipat, decided to rebuild it himself. Chalermchai Kositpipat has spent over 1 million Thailand Baht toward rebuilding the Chiang Rai temple, and his project’s construction is predicted to end in 2070. The artist has dedicated the White Temple to Buddha and has purposed it to be a place where people can meditate and learn more about Buddhism.

How to get there?

You can find the White Temple at the intersection of Highway 1208 and Highway 1, which is just over 6 miles south of Chiang Rai. If you do not like planning trips, most hotels and guesthouses in the area will offer you a sightseeing tour that will take you to the White Temple in Chiang Rai.

a. Getting there From Chiang Mai via car

If you want to get involved in planning your trip or want to have a more personalized experience, you can drive yourself to the temple, or you can hire a taxi like we did. The taxi costs between 1800 to 2500 Thai Baht and takes between 2 hours 30 minutes and 3 hours to drop you at your destination. Car rentals in Chiang Mai start at around 990 Baht (around $31) per day and total fuel costs range between 460 Baht (around $14) and 680 Baht (around $21).

b. Getting there from Chiang Mai via bus

The most popular way to get to White Temple from Chiang Mai is by bus and you do not need to make a reservation to get on one. These buses leave the city from Chiang Rai Bus Terminal 1 (Old Bus Station) from 6 AM to 6 PM; they cost 20 Baht per trip.

How we got to the White Temple in Chiang Rai

We got to visit the White Temple by hiring a taxi for an entire day that drove us to Chiang Rai from Chiang Mai. Going to our destination and back to Chiang Mai took us 10 hours because we also took a short journey to see the Golden Triangle on our way back. The Golden Triangle is a place where the Ruak River flows into the Mekong River, creating a triangular land formation that serves as a natural border. The natural border connects Thailand, Myanmar, and Laos. Hiring a taxi to visit the White Temple in Chiang Rai and the Golden Triangle cost us around 4,000 Baht in 2015.

Tip: Why hiring a taxi for the trip was a good idea

When we arrived at the airport in Chiang Mai, we hailed a taxi so we could get to our hotel and chatted a bit with the driver. As we were chatting with the taxi driver, we realized that getting around would be easier if we traveled with someone familiar with the area. Before getting off the taxi, we asked the driver how much he would charge us for a full day trip of Chiang Mai and Chiang Rai. He told us his fee and promised to come and get us from our hotel at 9 AM the following day. We got out of the taxi, took our luggage and headed for the hotel entrance, where we checked in and asked to see a tour agent.

To see if we could get a better transport offer, we asked the tour agent to show us a travel package that would take us to the White Temple and Golden Triangle. The tour agent told us that the package they had for a trip to Chiang Rai’s White Temple was going to cost us 6,500 Baht. We decided to stick with hiring a taxi and as agreed, our taxi driver was waiting for us in the morning, on time.

Our taxi driver spoke good English and riding with him felt like getting driven by a chauffeur as he was willing to drive us anywhere. He helped us find a nearby 7-11 and agreed to pull over on our way so we could buy some refreshments for the long road trip. The taxi driver also helped us find a place where we could eat lunch and was cheerful during the entire 10-hour ride.

Dress codes for the White Temple

Visiting temples in Thailand can be frustrating at times because you will have to leave if you are wearing clothes that are not appropriate. Like other Thai temples, the White Temple in Chiang Rai requires you to cover your legs and your shoulders. This means that you are not allowed to wear skimpy shorts, short skirts or dresses, or vests; if you want to wear clothing items like these, you can cover yourself with a scarf. Shoes are also not allowed in the temple, so visitors are always given a plastic bag to put their shoes in.

Long dresses/skirts with slits are not allowed in the White Temple. If the slit shows too much leg, you won’t get in. The people who work at the temple are friendly though- they will let you tie a slit together or even help you get it tied. If you are particularly anxious about following the White Temple dress code, you can choose to buy a sarong there or rent one at a small price.

When you look at the White Temple from afar, the buildings in this place look like they are made from a giant heap of icing sugar. When you get closer, though, they look like they are made from porcelain up until you get really close to the temple and realize that there are mirrors in the plaster. The temple’s exterior was also elaborately decorated with many sculptures and statues. One of these is a huge set of horns/tusks that face upwards.

All these carvings and other small details in this temple were purposefully made by Charlemchai Kositpipat to show how Buddhism can benefit society. The main Buddhist teaching that this temple relays to the public is the importance of focusing on the mind instead of focusing on worldly temptations. This teaching is highly amplified by a bridge that is used to reach the ubosot (the temple’s main building); it is designed to represent the cycle of rebirth

Before you go over the bridge, you will see a circular area that is divided into four sections by the horns/tusks structure and a small walkway. The first two sections that you will pass over are full of reaching hands that we found out to be a representation of Hell. The reaching hands of Hell depict greed and desire; when we were there, we tried guessing what each hand was trying to get. The other two sections portray human suffering and make all four sections a characterization of how greed, desire, and temptation lead to negative results.

b. Walkway that lead to ubosot

The small walkway that leads to the bridge shows how following the teachings of Buddha can protect you from causing eventual harm to yourself and others. The walkway can also depict how Buddhism can lead you to a better path since it will lead you to the bridge and the ubosot.

Crossing over the bridge depicts overcoming worldly desires, which will free you from suffering; it can also mean that dedicating your life to Buddhism leads to happiness. I say this because the bridge’s main purpose is to lead you to the ubosot, which is a building where Buddhist monks get ordained.

There are two large statues that guard the entrance to the bridge that depict Death and Rahu (a celestial body that is believed to control mankind’s fate).

On our trip to White Temple in Chiang Rai, it shocked us to find out that the big golden building in there was a public toilet. The interior of this building was elaborately decorated and the toilets themselves were very neat and clean with a modern finish.

Later in our visit, we found out that the toilet décor implied Buddhist teaching too. Its gold color represents the body and how people focus on money and other fleshly desires. These toilets and the general area around the temple make a statement that focusing on material things is futile.

Mixing old traditions with new ones

The White Temple in Chang Rai is not just a temple, it is also an art gallery, which is why you will find the likenesses of movie characters in the temple’s surroundings.

We also saw the famous Thai robot chilling on a bench when we were there before, and found out that there are more pop culture references in the ubosot itself.

Try to visit the Black House (Baan Dam) too

Locals call the Black House “Baan Dam,” which means Black House. There are 40 small buildings in Baan Dam with paintings, gold sculptures and beautiful gardens spread throughout. Baan Dam is also regarded as a museum because of the dead animal skins and heads that are in the little houses.

The big difference between these temples is that the Black House has a dark and demonic aura; this has made people liken it to Hell.

The White Temple in Chiang Rai, on the other hand, has an aura of purity and its design is a representation of Heaven.

What makes the stark differences between these temples more interesting is that Chalermchai Kositpipat was the student of Thawan Duchanee, the founder of Baan Dam.

If you are planning a trip to Chiang Mai, you can do more than just enjoy elephant rides.

It will be well worth taking 8-10 hours of your time to delve into Thailand’s ancient traditions and contemporary culture by visiting these temples in Chiang Rai. 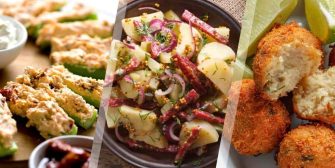